Jamaica has been described as one of the most homophobic and transphobic places on earth by Human Rights Watch. Violent acts against members of the LGBT community are tragically common, including mob attacks. Many are denied full citizenship rights and become homeless.Some feel forced to flee the country. Among the most vulnerable are dozens of gay and transgender Jamaican children. I traveled to Kingston to meet them and to do a personal project. I would like to discuss homophobia and help bring them to light. I would to people known the reality in Jamaica.

I meet Sasha. She has 26 years old and she is transexual. Her story is that of many others. She experienced violence at the hands of their own family members. Landlords refuse to rent. She can’t get any job. She is now homeless. She prostitute to make money. Every day, she facing discrimination attacks and fear for her sexual identity. Police would take no action to assist her. She suffered trauma particularly claustrophobia. But she is not afraid to continue to fight for her rights and assume her identity. This intimate portrait represent the community. In the dark for people to light.
Andrea Mantovani Mai 2016 .Kingston. 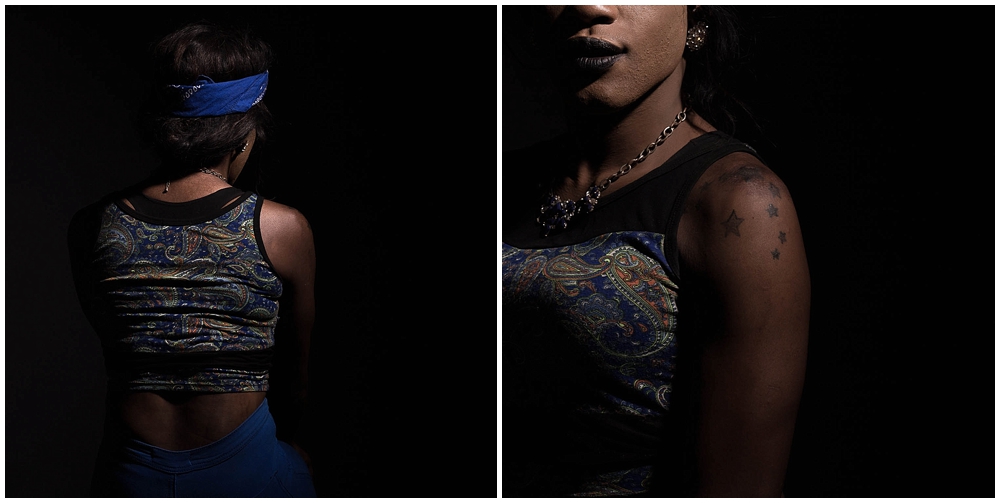